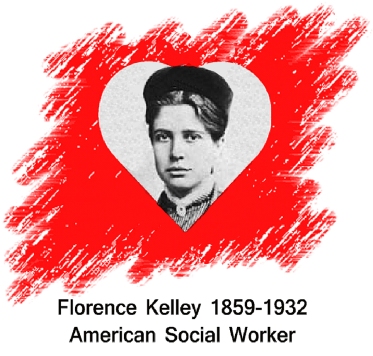 An Unpaid Debt of Gratitude

The free world owes a debt of gratitude to Christ and the Christian men and women who have fearlessly translated their faith into good works. The very history of social work in England and the United States began and was sustained by Christians.   The deplorable poverty, social problems and working conditions of the mid eighteen hundreds and the early nineteen hundreds was overcome by a Christian movement.  Early social work began with men and women who primarily relied on prayers and a Christian view of the world to help the poor.

1844: YMCA (Young Men’s Christian Association)   Founded by George Williams in London, England in 1844 as a response to the need of unhealthy social conditions arising in the big cities at the end of the Industrial Revolution (roughly 1750 to 1850).

1852: Charles Loring Brace and the Children’s Aid Society of New York 1852 He was educated for the clergy and ordained as a Methodist minister. But at the age of twenty-six he was asked to head up the newly forming Children’s Aid Society of New York, which became his life ministry. Charles Loring Brace was a prolific writer–of letters, pamphlets, articles, and books–and a tireless speaker on behalf of neglected children. His persuasive arguments won support from “the better classes” for his humanitarian efforts.

1865: The Salvation Army began in 1865 when William Booth, a London minister, gave up the comfort of his pulpit and decided to take his message into the streets where it would reach the poor, the homeless, the hungry and the destitute. By the 1900s, the Salvation Army had spread around the world.

1912: The Children’s Bureau In 1909, one of President Roosevelt’s personal friends, James Wes who was once a child orphan, with the support of prominent Christian social workers such as Florence Kelley and Jane Addams,  brought together more than two hundred leaders from communities throughout America. The resulting publicity put child welfare on the national agenda and generated enough political pressure to force the creation of the Children’s Bureau in 1912.

1933: The New Deal Due largely to the “Christian example”, Roosevelt’s administration incorporated the Federal Government to help get the country out of the depression. New Deal programs set a precedent for the federal government to play a key role in the economic and social affairs of the nation.

Oddly enough, The Social Work profession, which began as a Christian movement in response to the Gospel, has largely become a profession which shuns Christianity. The fact is, without Christ and the fearless Christians who lived out their faith, the “free world” wouldn’t be very free at all!

The hallmark, or distinction, of a Christian is love.  Not love in word only but in “deed and truth.”   (1 John 3:18) Expressed love is why the first church grew so rapidly (Acts 2:42-47) and the lack of it is also why the church at Ephesus declined (Revelation 2:4) and eventually died. The Apostle John implores God’s people to “love one another”.  To imitate Christ and thereby showing people what God looks like through our actions.

Our human standard of love is not sufficient to demonstrate to the world who God is. He defines His love just as He defines His standard of righteousness in the Bible.  Love is more than the Eros celebrated at Valentine’s Day or even the gift giving on birthdays and at Christmastime.  The Apostle declares God’s standard in 1 Corinthians 13 and no one can fulfill His requirements except for Christ.  Once again we need Him in our life and in our loving. (John 15:5)

Fearless, that is how I see those social reformers of the eighteen and nineteen hundreds. I’m glad they were unafraid of popular opinion, politics and political correctness.  I wish that all Christians would be so radical in their love for humanity today.  “There is no fear in love”, largely because one is so driven by the principals it incorporates that there is little thought of the adverse consequences that may accompany it.  Fear keeps us from acting on God’s love.  Fear of not being accepted, fear of persecution, fear of standing out for standing up. If only we would fear the hardening of our hearts as much. Matthew 24:10-13

How passionate are you about God? Does the realization of His Love and grace towards you want to make you love your “brother” in a similar way?  If we are unmoved by the needs which we see around us then how can we claim to love the One who loves each of them? “Whoever loves God must also love his brother” is not a command to fear…it is an adventure in faith to embrace. Let’s practice it!