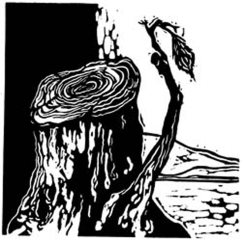 Isaiah prophecies that God will use Assyria to strike down the arrogance,  rebellion and sin of His people.  History reveals this truth, God did use that godless nation as a club to knock sense into His wayward children. In approximately 701 BCE, Sennacherib, king of Assyria, attacked the fortified cities of Judah, laying siege on Jerusalem, but failed to capture it, just as Isaiah had prophesied (Isaiah 10:32-33). God then turned and directed his wrath to  Assyria just as Isaiah had also prophesied (Isaiah 10:24-25). Twenty years later, in 681 BCE, the Assyrian king was killed while worshiping his false god in the temple of Nisroch, he was killed with a sword by his own son. He had ruled Assyria for twenty-four years.

God used a godless nation to discipline His wayward people.  Historically, God has allowed the Jewish people to experience this discipline again and again. (Assyria, Babylon, Persia, Greece, Rome, the Byzantine Empires, Islamic and Christian crusaders, The Ottoman Empire, and the British Empire). Finally, in 1948 Israel became a nation once again as prophesied and shall never again be turned over to another. (Amos 9:14-15, Ezekiel 37:10-14)

Among his prophecies, Isaiah even proclaimed that Israel would become a nation in one day (Isaiah 66:7-8).  This actually occurred too.  May 14, 1948— During a 24-hour span of time, foreign control of the land of Israel formally ceased, and Israel declared its independence. Its independence was acknowledged by other nations that very day. The United States issued a statement recognizing Israel’s sovereignty, and, only hours beforehand, a United Nations mandate expired, ending British control of the land. Modern Israel was literally was born in a single day.

In his classic revival book, Sodom Had No Bible, Leonard Ravenhill sites that “God must judge America because he judged Sodom, and Sodom had no Bible”.     Will God allow a “club” of wrath to conquer America as so many nations have conquered Israel? In Hebrews 10:26-30 the apostle Paul warns those who know the truth not to trample underfoot the Son of God and His Blood which sanctified them. He reminds us that “The Lord will judge His people.” The apostle Peter also reminds us that the Lord will hold the unrighteous for punishment.

Looking back at Verses 20-22 we are reminded that God always has a promise to the   faithful even among His wrath.  God promises, through the prophet, that a faithful remnant will return even though “destruction has been decreed.” God’s wrath would stop and be played out on Assyria.  This promise brings us to Isaiah’s prophecy about the coming   Messiah, Jesus Christ in Chapter 11.

Jesus Christ is the “Shoot” that comes up from the “Stump”(Israel) of Jesse.  Jesse was the father of King David.  The “Stump of Jesse”; therefore, is a picture of Israel cut down by His wrath, but God’s promise to bring redemption and salvation to His people rises up from that “stump!” The Spirit of the Lord rests on Christ. He alone is righteous and faithful.

In prophecy the present, the future coming and the future far off are most often revealed all together.  Here is another example of that in Isaiah 11:1-9.  A prophecy of Jesus’ first and second coming melts together here in one seamless prophecy.  Verses 1-5 speak of Jesus’ first coming where verses 6-12 speak of Jesus’ second coming when the earth will be at perfect peace for a millennia (1000 years) during His earthly reign.

The millennial kingdom is the title given to the 1000-year reign of Jesus Christ on the earth. Some seek to interpret the 1000 years in an allegorical manner. They understand the 1000 years as merely a figurative way of saying “a long period of time,” not a literal, physical reign of Jesus Christ on the earth. However, six times in Revelation 20:2-7, the millennial kingdom is specifically said to be 1000 years in length. If God wished to communicate “a long period of time,” He could have easily done so without explicitly and repeatedly      mentioning an exact time frame. The fulfillment of many of God’s covenants and promises rests on a literal, physical, future kingdom. There is no solid basis for denying the literal interpretation of the millennial kingdom and its duration being 1000 years.

Isaiah 11:6 is commonly misquoted: There are no biblical passages that refer to the lion and lamb lying down together. “The calf, the lion and the yearling together”. Is actually what the verse says. A yearling (or fatling as some versions say) is defined as an animal (especially a sheep, calf, or foal) a year old, or in its second year.  What is truly amazing about this passage is that a little boy will lead them. Now that is amazing.

In Isaiah 11:15-16 the prophet tells of how the gulf of the Egyptian Sea and the Euphrates River will one day be dried up. Today, both of these bodies of water are in serious natural decline.  It is also a fact that the flow of water in both of these places can be controlled by governments. The instability of the regions could easily affect the water flow.  ISIS has already used the dam at Ramadi, Iraq to dry up parts of the Euphrates so they could cross with their armies (6.4.15 CNN).  “In that day” (The time that these bodies of water are dried up) Isaiah prophesied that God’s people, the Jews, will realize that He is their  salvation. “With joy you will draw water from the wells of salvation”  We Christians know that Jesus is that “water springing up into eternal life”.  Like the Samaritan woman at the well who came to realize who Jesus was, one must come to Him alone to find salvation. 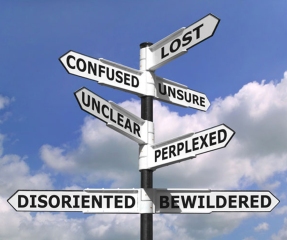 It is important for us to know that God is, as the angel’s cried, “Holy, Holy, Holy! (Isaiah 6:3)  In other words He is righteous (sinless). God is also absolutely just.  In other words He is morally right and fair; therefore, when God brings judgment that judgment must be  absolutely right and fair.  One might think that for a judgment (punishment) to be fair there must be proof that one had purposely ignored instructions that were well provided and made clear.  Not so in our American court system. There is one simple concept that law students learn in their very first weeks of criminal law class: Ignorance of the law is no   excuse. This principle means that when an individual violates the law, it doesn’t matter whether or not they knew what the law said. If it’s a crime, and they are found to have   committed the elements of that crime, they are guilty and therefore worthy of judgment.  Where there might be some confusion in the fairness of our American legal system, God has left no such confusion.  God has made Himself and His law fully known (Romans 1:18-20).  To the one who says, “prove that there is a God,” we can reply “prove that there is no God.”

God has revealed Himself through what theologians call General Revelation and Special Revelation:

General Revelation is God revealing Himself to all mankind through 1.]creation (nature),  2.] history (the recorded history of the Jewish nation revealed in both biblical and secular [extra biblical] history) and 3.] man’s conscience.  Although General Revelation is not enough to bring salvation to man, it is certainly enough to cause one to take notice of the fact that there is a God who is vastly more intelligent than us, who has been actively working among mankind throughout history, and has placed a moral compass within every man, of every race and of every culture. Yes, we all have a general sense of right and wrong.

Special Revelation is God revealing Himself through 1.] His Word  (the Bible), 2.] His prophets and  3.] Jesus Christ. Any man who would honestly search to find this one true God, because of the General Revelation that is common to all, would ultimately be led to Christ in his search.  God has prepared it that way. Contrary to popular belief, all roads (faiths) do not lead to God.  Only the honest searcher will find the true “road” and that “road” will lead to Christ who alone said: “I am the way and the truth and the life. No one comes to the Father except through me”. John 14:6 (Jesus)

Without these revelations we would know nothing of God, but through these revelations He has left us with no excuse to deny His existence, transgress His laws, or reject His plan of salvation through Jesus Christ.

And so, with all of this in mind, let us understand why Isaiah was called by God to the life-long ministry of bringing God’s warnings to a bunch of people (Judah) who would not listen.

Isaiah would become the voice of God’s “well provided and clear instructions” to a rebellious nation.  Isaiah would prove for all of history that God’s wrath and judgment on Judah was well deserved and just.  In the same way, the true church has been the voice of God to the rebellious nation and people of America.  God’s wrath is sure to come here too.

God told Isaiah that Judah would be “ever hearing, but never understanding”, and that Isaiah’s prophecies would “Make the heart of the people calloused (unfeeling and         unresponsive)”, “until the cities lie ruined and without inhabitant” and only the “holy seed” will be the “stump” left in the land. That “Holy seed” was He who came through the line of Judah,  Jesus the Christ—Immanuel. (God with us)

Over 700 years later this Jesus answered his disciples question about why He spoke in parables with a direct quote from Isaiah.  Jesus spoke in parables so that only those who were truly seeking for God would take the time to hear what He was saying.  Others would simply be annoyed and become more calloused and without excuse of God’s punishment.

God is looking for, and has always searched for, those who truly want to know Him and are willing to carry whatever cross (burden) is needed to hold on to that truth.

In chapter 7 Isaiah confronts king Ahaz who has lost faith in God’s ability to defend Judah from its enemies.  Isaiah bids Ahaz to “stand firm” in his faith. The Lord even gives Ahaz the opportunity to ask Him for any sign to confirm His promise to the king, but Ahab      refused. He had actually already made an unholy alliance with the Assyrians to fight against his  enemies.  Those Assyrians would actually come to rule Judah. King Ahab said that he would not test the Lord, but in fact he had already done so by loosing faith and siding with godless people. (i.e. America’s Iran Deal?) Isaiah prophecies against him in 7:13-17.

It was a double prophecy of future events: Firstly that the virgin (lit. Almah: the Maiden/ Isaiah’s second wife (a prophetess) would bear a son called “Immanuel” (God with us/ Isaiah’s son Maher-Shalal-Hash-Baz: Isaiah 8:1-4) and that before he was of the age of “knowing wrong and right” Assyria would indeed crush Ahab’s dreaded enemies, but would later subdue Judah and lay it waste.  Secondly this prophecy was fulfilled in the true virgin, Mary, giving birth to the true “Immanuel”—Jesus. (The “stump” of Judah and also the “stone, rock, trap and snare” for a rebellious Jerusalem: Isaiah 8:13-14)  Isaiah tells Ahaz that his children and he are signs from God (Isaiah 8:18). He also prophecies that one day the faithful will see God return (in Christ) to the places destroyed by His wrath (Isaiah 9:1-3, 6-7).  Sadly, before that day, judgment would come to a rebellious people (Isaiah 9:14-17) and likewise it will come to a rebellious world before His second coming, but “Stand firm!”