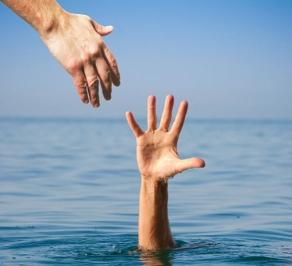 These chapters of Isaiah are all about the salvation that is to come through Jesus Christ, as is stated in the first verse of chapter 56:

“This is what the Lord says…for my salvation is close at hand and my righteousness is soon to be revealed.”

Jesus Christ is the Lord’s salvation and the true expression of his righteousness.  All the Old Testament shadows pointed to Christ. They were predictions, fore views, of the coming of the One who would fulfill all of God’s remarkable promises. Every lamb that was brought as an offering was a shadow of the work of Christ. Every burnt offering, every bit of incense that was offered, was a picture of the fragrance of Jesus Christ. The tabernacle was a shadow of him. The high priest, in his garments and his office, was a shadow of Christ as our High Priest. Read the book of Hebrews and you will see how beautifully all this is brought out. These Old Testament shadows were looking forward to the coming of the One who would reveal God’s righteousness and bring salvation.

As we read on we find an instruction on how to be “blessed” (which is to receive the salvation that is close at hand in this new covenant).  Our instruction is to:

“Hold it fast (His salvation and righteousness), Keep the Sabbath without desecrating it, and keep our hands from doing any evil.”

This “blessing” of salvation is extended beyond the Jews and even to “foreigners who are bound to the Lord” and also to “the eunuchs who keep the Lord’s Sabbaths, and who choose what pleases the Lord and hold fast to his covenant”.  Both “foreigners” (Gentiles: non-Jews) and “eunuchs”(those castrated or defected men who could not accomplish the command to perpetuate the race) were previously excluded from God’s covenant with the Jewish people, however, this new covenant that Isaiah prophesies about will now include anyone who “keeps the Sabbath and hold fast to his covenant”.  Ephesians 2:11-19

Some teach that the inclusion of eunuchs in this passage is a reference to the change of heart that God has toward the sin of same sex intercourse; however, this is incorrect. The Hebrew or Greek word for eunuch is never the same Hebrew or Greek word used for those who practice same sex intercourse or alter their gender.  A eunuch, in the biblical definition, was a male who was castrated as an infant or as an adult for the purpose of servitude (slavery) most often in pagan royal courts.  Some eunuchs were made as captives of war (emasculated and forced to serve their captors), and others willfully became eunuchs to serve pagan kings or gods. A eunuch could also refer to one who was born with a genital defect that rendered him impotent.  In the new    testament Jesus speaks to three types of eunuchs: 1.) those who were born that way; 2.) others who were made that way by men; and 3.) who live like eunuchs  (live in celibacy) for the sake of the kingdom of heaven (i.e. priests).

It is important to note that God does not change his mind about any sin or the stated consequences of sin, but that he will forgive any sin that is confessed (1 John 1:9) and given over to the Lordship of Christ (Luke 6:46).

Throughout scripture, The Sabbath symbolized the coming of the Messiah, who would provide a permanent rest for His people. The fourth commandment to honor the Sabbath (Exodus 20:8-11) was to make man stop and rest in order to find the peace of God. With the establishment of the Old Testament Law, the Jews were constantly “laboring” to make themselves acceptable to God. Their labors included trying to obey a myriad of dos and don’ts of the ceremonial law, the Temple law, the civil law, etc. Of course they couldn’t  possibly keep all those laws, so God provided an array of sin offerings and sacrifices so they could come to Him for forgiveness and restore fellowship with Him, but this was only temporary. Just as they began their physical labors after a one-day rest, so, too, they were required to continue to offer sacrifices. Hebrews 10:1 tells us that the law “can never, by the same sacrifices repeated endlessly year after year, make perfect those who draw near to worship.” But these sacrifices were offered in anticipation of the ultimate sacrifice of Christ on the cross, who “after He had offered one sacrifice for sins forever, sat down on the right of God” (Hebrews 10:12).  Just as He rested after performing the ultimate sacrifice, He sat down and rested—ceased from His labor of atonement because there was nothing more to be done, ever. Because of what Jesus did, we no longer have to “labor” in law-keeping in order to be justified in the sight of God. Jesus was sent so that we might rest in God and in what He has provided. For those of us who have made Jesus Lord, He has become our Sabbath rest!  To keep the Sabbath is to cling to Christ as Lord.  To desecrate the Sabbath is to reject what He has done to secure our salvation and to continue to live in sin where there is no rest.

The remains of chapter 56 through 58 is an indictment to those who think that God will not punish sin.  He even declares that the righteous die so that they will have peace as the wicked are judged (Isaiah 57:1-2). The Long Arm of the Lord will bring about judgment.  Sinners will not escape His law, but in Chapter 59 verse 1 He also proclaims that His arm is not too short to save!  Forgiveness is available to all through Jesus—our Sabbath Rest.

In Isaiah 59:16 the prophet reminds us that God saw no one to intervene on behalf of man (our fate of eternal judgment was sealed in our sin) so God achieved salvation for us by his own arm.  The promise is extended through the Redeemer who will come to Zion (Jesus who will come to Jerusalem).  Just as Peter looked up to the Lord as he sank beneath the waves, reached for His mighty arm and was saved , so are we saved by Jesus as we repent of our sins and walk in his Spirit who is upon all who believe.  “Hold it fast!”