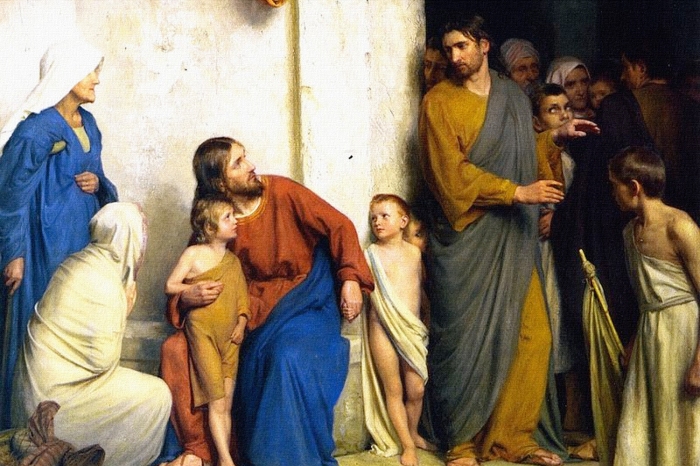 Have you ever purposely avoided a conversation because you didn’t want to discuss it or deal with the emotion involved in it?  This is called denial and we have all been guilty of it at one time or another.  The problem with living in denial is that nothing is ever communicated or resolved.   Living in denial eventually causes an eventual pulling away from discomfort which results in the breakdown of a relationship.  Jesus said if we would continue in his word then we would know the truth and the truth would set us free. Apart from truth there is no freedom.  The apostle James continued this teaching by showing us how to “continue” in the words of God.  We must not deceive ourselves or “live in denial”.  If the truth is to set us free then we must do what the words of God tell us to do.  In this passage the disciples demonstrate that they are living in denial regarding Jesus’ mission to die for the sins of man and rise victoriously over death.  In fact, every time Jesus brought the subject up they shied away from it (Mark 8:31-32, 9:9-10). Here Jesus attempted to stay away from people so that he could explain things to his disciples, but instead of asking him for clarity they were afraid and retreated in denial.  Lesson    number one in the avoidance of Spiritual Stumbling is to never live in denial.  Communicate and get clarity.  The Truth may hurt but at least you will have the facts!  Once you have the facts (truth) you will have the freedom to make a decision and thus avoid stumbling further.

excessive interest in oneself —extreme selfishness, with a grandiose view of one’s own talents and a craving for admiration (narcissist).

When a person lives in denial they can stumble into a variety of messes.  The mess that the disciples stepped into was narcissism.  As Jesus was preparing for his selfless mission of sacrifice the disciples were arguing over which one of them was the greatest!  Jesus gave them the hard facts of Heaven: “the greatest must be the least and the servant of all”.  To drive that message home Jesus took a child (who was the least according to their culture) and placed him/ her in their midst and told them to welcome him/her. (Note: children were not allowed in the presence of a religious teacher or conversation of men.  This was strictly a woman’s role.) The apostle Paul warns us not to think of ourselves more highly than we ought, but to have sober    judgment concerning ourselves.  Once again, this sobriety only comes from God’s word (the truth).

The disciples were so lost in their own self importance that they wouldn’t accept   others they didn’t know who were practicing the same faith.  Jesus corrected that false notion.  No one has a market on Jesus…not even his original disciples.  Jesus        reversed things for their clarification: “And if anyone gives you a cup of water because you are associated with me they will also be rewarded.”  Jesus is the “great one” here folks…not us!  Lesson Two in not stumbling is to think soberly.  Stop being drunk on self!

As we looked at the passages perhaps you didn’t notice how John interrupted Jesus’ lesson of the child with his self-centered question about not accepting people of faith who were not in his group.  Jesus answered his question but in verse 42 he returns to his teaching and addresses the child still among them and ignored by the disciples. This time Jesus is more direct and calls them out in their hypocrisy of denial and narcissism.  In essence Jesus says “it is one thing to stumble yourself but it is another thing entirely to stumble ‘one of these little ones’ —those who believe in me.”  Jesus wanted to cut through their self-righteousness so he used some vivid word pictures.

The average millstone weighed about 3/4 of a ton and was rotated by an ox or mule to grind grain.  It would be impossible to hang such a thing around one’s neck, let alone to be cast into the sea with it as an attachment, but with God all things are possible! (Philippians 4:13) It is a dreadful thing to fall into the hands of the living God.  The point is that God will judge us for the careless way we reflect him to others.  Jesus drives the point in further…whatever keeps you from walking with Christ cut it off!   Lesson Three:  Remember that God is watching you and judgment is in his hands.

In closing Jesus makes a strange comment: “everyone will be salted with fire” and salt is good”. Salt was used as both a preservative and taste enhancement. Fire was used for purification or refinement.  To be salted with fire is to undergo trials,    rebuke and tribulation. Jesus had just “salted his disciples” with the fire of his rebuke! Pain and discipline must be experienced by “everyone” who is to grow as God’s child. Just as salt is useless if it loses its saltiness so are we without  correction from God. Our Final lesson in not stumbling is to embrace discipline.

To be “salt of the earth” our lives must shine for Christ.  “Have salt among yourselves, and be at peace with each other” was Jesus’ way of saying except my chastising and stop arguing among yourselves over greatness!  Jesus alone is great. His truth sets us free! Now let us stop stumbling around and make him known!