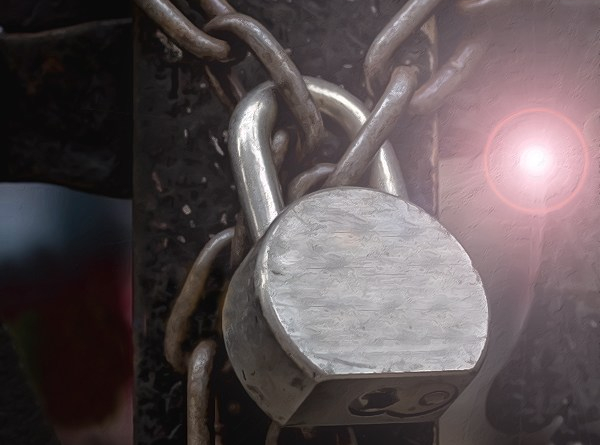 Pastor Barry/ The Gathering Church: Acts #13: Prison To Praise  If you would like to hear this message download our free app @ The App Store: search The Gathering Connect

Are you a “Believer?” Not just someone who casually knows about something and says “I believe”, but someone like Timothy’s mother who was “worthy of belief” (Philippians 1:27).  The Greek word for “believer” used to describe her faith is translated  Pistos (Greek):  faithful, trustworthy, reliable, believing.  Many people say they believe in God but live something all together different.  In one descriptive word, Timothy’s mom is described as the “real deal!”  No wonder Timothy was spoken of so well.  He clung to his mothers faith in Christ and his character was so highly regarded by “the brothers” (other Christians) that Paul wanted to take him with him on his missionary tour.

A “Believer” according to God’s word is  a person of character who lives out their faith based on the object of that faith: Jesus.  Timothy took his belief in Christ so far that he became circumcised in order share Christ with the Jews. As we learned in the lesson last week, circumcision was not a necessary requirement to be saved.  Paul and Barnabas   established that at The Council at Jerusalem [Acts 15:1-2, 6-11]; however, Paul had    Timothy circumcised because everyone knew that Timothy’s father was a Greek-unbeliever.  The world of Timothy’s day strongly believed “like father, like son” although Timothy was like his godly mother!   Timothy was willingly circumcised in order to minister without prejudicial treatment by the Jews. Timothy was willing to make painful physical changes in order to share God’s truth with others.  Paul’s words in the passage above reflect the reasoning behind Timothy’s circumcision. “I make myself a slave to everyone,  to win as many as possible.”

Although salvation is free, the cost to preach that freedom to others is costly sometimes.

Often we want to go our own way and do our own thing…A “Believer” is led by the Spirit.  The Holy Spirit did not permit Paul to go into Asia, which was south.  He was not permitted into Bithynia, which was north.  As he traveled from the east it was as if God was saying… “Go west young man” and he went down to Troas.  In Troas Paul waited.  Where do you go when every door seems shut?  One of the most difficult things for a driven person to do is to wait, but waiting on God is obedience. In Psalms 23:2a the psalmist writes “He Makes me lie down in green pastures.”  God has a plan as we wait on Him.  Waiting and not rushing in always pays off.  Paul got his vision of a man begging him to go to Macedonia and they got ready at once to leave for that place.  This time the journey included Paul, Silas, Timothy and Dr. Luke.

On the Sabbath, outside the city gate, (An archaeological find etched on arches outside of the city of Philippi gave a warning against bringing an unrecognized religion into the city,  a similar warning here may be the reason for meeting outside the city gate.)  the missionaries share with a group of women.  Among them was Lydia, a business woman.  She responded to Paul’s message and she and the members of her household were baptized.  God also used this woman’s hospitality to provide lodging for the missionaries.

Satan can mock God even by saying the truth in a deceitful way.  Here Satan was attempting to use reverse psychology on people by choosing a known fortune teller to repeat the truth in such a way as to drive away crowds.  After “many days”, Paul finally got wise to this trick and rebuked the demon out of the slave girl which ruined her owners profits. (She no longer could tell fortunes)  The owners accused Paul and Silas of inciting a riot by teaching unlawful customs.  The truth was that the owners were angry because their  business was ruined.  Paul and Silas were stripped and beaten on a false charge!

In the midnight hour, shackled in prison, Paul and Silas chose to pray and sing songs (worship) to the Lord. Other prisoners were watching and listening just as people today are watching Christians under pressure.  What do people see and hear when you are in your “midnight hour” (times of trial)?

Do you realize worship has the ability to literally change the atmosphere around us? It starts by changing our own heart and then flows out and impacts others. When we     worship regardless of our circumstances or our feelings; the atmosphere within us and around us changes. We may not see it right away as Paul and Silas would in that instance, but we will see it.  In the Apostle Paul’s final exhortations in his letter to the Philippians (which he wrote while in chains in Rome: Philippians 1:12-13) he tells them to “rejoice in the Lord always” and God’s peace will guard both heart (emotions) and mind (reason).

Paul and Silas looked at their circumstances and praised the God who could turn it around.  The Jailer looked at his circumstances (A jailer received the death   penalty if a prisoner escaped under his watch.) and decided to take matters into his own hands of hopelessness.  Mans way leads to death.  God’s way to life!  In the end Paul and Silas  realized their pain was the jailer and his families gain.   (It really isn’t all about us.)

“When it was daylight” is a great line!  Faith and action brought daylight from midnight!  Prison to praise!  When we “trust in the Lord” and praise  God even in the difficult times He turns things around. He makes all things beautiful in time. (Ecclesiastes 3:11) Paul was an educated man and knew his rights as a Roman citizen. (Romans were not to be beat or jailed without a trial)  Paul used his earthly rights to promote his spiritual agenda.  Christians had better do this too while we actually have such rights in America or they will soon be taken away (use it or loose it).  If you are singled out and discriminated or persecuted in some way for your faith by a person in authority then stand up for your rights.  It may be inconvenient for you but it is not just about you.  It is a stand for your faith and everyone who believes.  Paul understood this.   His enemy had to apologize and escort the missionaries out the front door for all to see. This was a victory march and an encouragement to all who believed.

Child of God…you are a citizen of Heaven (Philippians 3:20)! “Believe” like Lydia, Paul and Silas, Timothy and his mother. “Believe” even in your “midnight hour” and see what God will do!