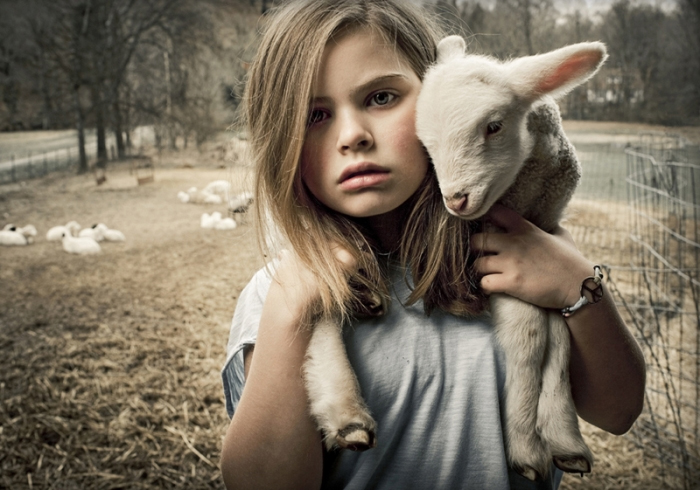 Pastor Barry/ The Gathering Church  White Christmas series#3: JOY  To hear this message and others  download our free app @ the App Store.  Search The Gathering Connect.

400 Years of Silence  This third week of Advent we light the Shepherd’s candle.  This candle is traditionally colored differently than the others to signify the joy in the announcement of Christ’s birth made to the shepherds—incredible joy, since no prophet had been provided by God to speak to His rebellious people for 400 years!  The 400 years of silence (referred to as “The Silent Years” or “The Intertestamental Period”)  refers to the time between the Old Testament and New Testament, during which God did not speak to the Jewish people. The 400 years of silence began with the warning that closed the Old Testament: “Behold, I am going to send you Elijah the prophet before the coming of the great and terrible day of the LORD. He will restore the hearts of the  fathers to their children and the hearts of the children to their fathers, so that I will not come and smite the land with a curse” (Malachi 4:5-6) and ended with the coming of John the Baptist, the Messiah’s forerunner who said: “Behold the Lamb of God who takes away the sin of the world!” John 1:29. The proclamation by the Angels to the Shepherds; however, was the first introduction of God’s promised Messiah to the world…John’s would come 30 years later.

With such a long awaited proclamation from God, one might ask: “why make it to lowly shepherds in some far away field among a bunch of sheep?”  God designed that shepherds be the first to hear the gospel for several reasons. Firstly, God’s most faithful leaders of His people began as shepherds:  Moses, who led his   people out of slavery, was a shepherd for 40 years.  The “fathers of our faith”, Abraham, Isaac and Jacob were all shepherds.  King David, who was also born in Bethlehem, was a shepherd before being anointed as king.  Throughout scripture, shepherds are a common metaphor used to refer to leaders over people.

Secondly, the angels proclaimed the message to shepherds to remind us that Jesus was born to lead His people as a shepherd leads his sheep.  He is called the Chief Shepherd of our souls. (1 Peter 2:25).  He, will guide His people safely from death into eternal life.  From sin into salvation. Though our sins be are like scarlet they shall be as white as snow; though they are red as crimson they shall be like wool. Isaiah 1:18.  Something that no other leader before Him or after Him could ever do.

Israel’s leaders were a great disappointment.  The patriarchs were far from perfect and even the best of Israel’s leaders failed.  Moses’ failure as a leader kept him from entering the Promised Land.  Eli and Samuel were God’s judges, but their appointed sons who succeeded them were sinful. King Saul disobeyed God and was stripped of his authority. King David abused his powers when he sinned by committing adultery with Bathsheba and killing her husband Uriah. Solomon’s early years as a king were awe-inspiring, but his later life was in shambles.  In the end, there was no perfect leader throughout the history of Israel (or any other nation for that matter).  No human leader ever fulfilled God’s promises for a coming king who would sit forever on the throne of David.  When the Old Testament spoke out against the wicked leaders of their day, they spoke words of hope concerning a “Good Shepherd” that would someday come and tenderly rule over His people.  Jesus proclaimed Himself as that “Good Shepherd”.  He also called Himself the “Gate” for those sheep and proclaimed that all other religious leaders were “thieves and robbers”—furthermore, He claimed that He was only the only “Way, Truth and life” and that no one will see eternal life except by Him.  Without the Good Shepherd we are lost…but there is good news of great joy!  A Savior has been born, the Chief Shepherd of our souls!  He not only guides and directs us, but He also “lays down His life for His sheep”.

We can certainly see how the proclamation to the shepherds was used like a parable to the wise, but there is yet another reason why the shepherds were first to hear the “good news”.  They were the lowliest, poorest class of people and as such were the most likely to stay within their own ranks, shy away from public encounters, and be the least likely to be heard by those in higher social settings.  In short, the best people to display the power of God.  God wanted to remind mankind that one must humble himself to find truth.  God wanted to frustrate men who think that they are above others and exalt men who see themselves as unworthy.  God wanted to make His power obvious by displaying it through weakness.  The shepherd’s story could have only been told by the shepherds.  They were the only ones there!  As it tells us in Luke 2:20, “The shepherds returned, glorifying and praising God for all the things they heard and saw which were just as they had been told.”  The shepherds proclaimed the truth to everyone—even those outside of their own social status and their Joyful testimony went forth into the whole world.  The angels told them the good news of Christ; they saw it and proclaimed it too.  Now all the earth can be filled with Jesus Joy.

We read in Luke’s gospel that the shepherds were terrified! Why were they terrified?  Beyond the sudden appearances of angelic beings, they were terrified because they were in the presence of a Holy God, and they were sinful men. The destiny for such a person is judgment: For we know Him who said, “Vengeance is mine, I will repay.”  And again, “The Lord will judge His people.”  It is a terrifying thing to fall into the hands of the living God”(Hebrews 10:30-31), but the angels proclaimed to the shepherds that “peace” comes to those on whom God’s favor rests.  God’s favor “rests” on those who receive and believe in His name.” The “Good News” of the angels is that we do not need to be terrified in the presence of God!  Jesus came to reconcile sinners to God. There are, of course, many who have and will reject Christ.  These should be terrified for the day is coming where they will be condemned.

The shepherds shared the word of joy, and Mary considered them thoughtfully. So should we! Treasure the love that God has for you and make the joyful declaration of His salvation known to everyone.  Be a light to the world and shine so that others will see.   Spread the Joy to the world.  The Lord has come!